See if I Qualify
Alzheimer’s disease affects more than 5 million Americans. By 2050, the number of people living with this memory-robbing disease is expected to reach 14 million. Current treatments for Alzheimer’s include medications to slow the progression of the disease and reduce symptoms, but research reveals that cannabis can help protect the brain and ease symptoms without the side effects of potent pharmaceuticals.

What Is Alzheimer’s Disease?

Alzheimer’s disease is a progressive condition that affects memory and cognition. Researchers are still working to understand what causes Alzheimer’s, but it appears that a combination of genetics, lifestyle, and environment leads to the accumulation of beta amyloid plaque and tangles of tau proteins around nerve cells in the brain.

These plaque-and-protein tangles kill affected brain cells and block cell-to-cell communication along key neural pathways in the brain. This process contributes to inflammation, which also damages brain cells and reduces the ability of neural networks to communicate with each other.

Symptoms of Alzheimer’s disease can include:

So far, there’s no cure for Alzheimer’s disease. Medications can help slow its progression and relieve many of the symptoms. Drugs such as Aricept and Namenda can support cell-to-cell communication and reduce inflammation in the brain. Other medications, like antidepressants or antipsychotics, can also relieve common symptoms, including anxiety, agitation, or depression. These medications can cause serious side effects, such as diarrhea, nausea, or cardiac arrhythmia, as well as dizziness and confusion.

New research reveals that cannabis has unique properties that can protect brain cells and neural pathways from inflammation and damage, and relieve common symptoms of Alzheimer’s disease.

How Cannabis Can Help

The cannabis sativa plant contains a rich array of compounds that can reduce inflammation, boost immune responses, and support healthy brain functioning. These cannabis compounds activate receptors in the body’s endocannabinoid system – a vast network of receptors that responds both to natural cannabinoid chemicals and compounds from the cannabis plant.

Research reveals that THC and CBD have neuroprotective properties that can promote new cell growth in the brain and help reduce the impact of trauma caused by stroke or traumatic injury. Small amounts of THC, the compound responsible for marijuana’s famous high, appear to slow the development of amyloid plaque and tau proteins in the brain. CBD can protect the brain’s neural pathways and cells from inflammation that leads to cell death.

Cannabis can also relieve many of the common mood and cognitive symptoms related to Alzheimer’s, including agitation, anxiety, and paranoia. Cannabis compounds, particularly CBD, can activate endocannabinoid receptors for the calming chemicals serotonin and dopamine, and encourage the production of the natural mood boosting cannabinoid, anandamide.

Alzheimer’s Patients Qualify For Medical Marijuana Use in Utah 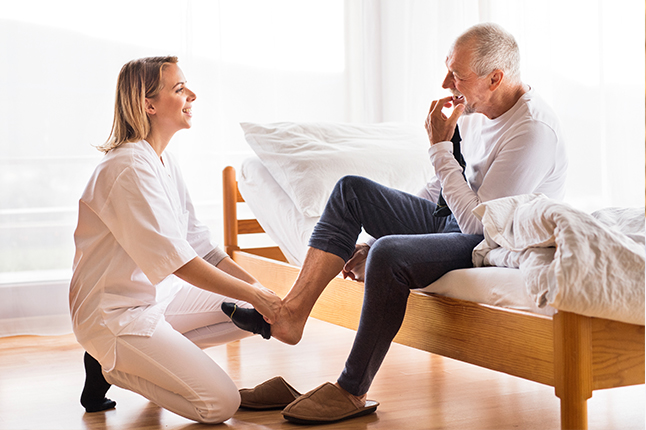 Marijuana Helps Patients AND Their Caregivers